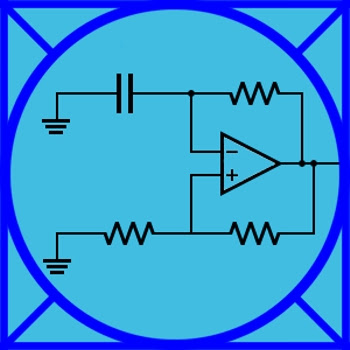 
released 22 October 2011
Compilation produced and compiled by Hal McGee.
View an index of Hal McGee's 120 albums now on Bandcamp, out of 200+ from 1981 to 2011. Many are compilations and collaborations.
halmcgee.bandcamp.com

Hal McGee has been recording and releasing his own homemade experimental electronic music since 1981, has released more than 200 albums, has ceaselessly promoted DIY music, and has produced numerous international networking projects and compilations.
halmcgee.com
Posted by LEZET at 6:24 AM No comments: 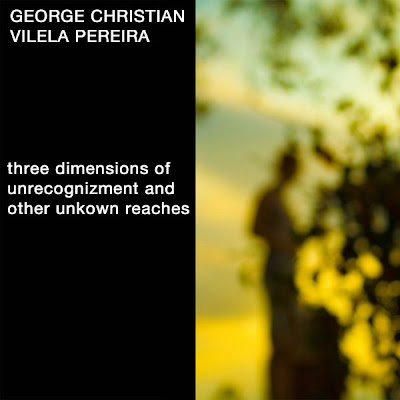 The 3rd electroacoustic study, with collaborations from Mister Sleepy and Owl Dreams' sound sources. "Infinito Indom·vel Inonim·vel", as an individual effort, was a joy for me to compose, organize, synthethize, live with those sounds that came to me. And after all and somehow, they summarize a spiritual moment I lived. They were built around an fundamental idea, which was organized around the symbolical idea on the number three, as a passage towards the infinite. So, at the core, it was a collaborative creation of three minds, and without the sound contributions from the brave musicians Mister Sleepy (Colt Kirkpatrick) and Owl Dreams (Danielle Demos), this study wouldn't be possible to came into light. as a matter of fact. I merely functioned here as a sound mediator between these two creative collaborators.

"Infinito Indom·vel Inonim·vel" ("Endless Tameless Nameless") is organized as a suite in 7 acts, although we can correlate to the medieval tryptical - not exactly in the same level of christian religiosity, but in the way the musical painting is disposed. The intro section (until 2min 54 sec) has two acts and describes a obscure rise and fall of the technology as a human tool used in a destructive way. (For the most attentive listener, there's an enigma in the first 3 seconds.) Mister Sleepy's monstruous bass and a sound of a fire fustigated by the winds came as an incendiary presence of the mankind facing its own demons. Let's consider this section as a preparation for what will come afterwards.

The subsequent 3 acts are part of a bigger picture of the development that begins with a silence that endures about 2 or 3 seconds till a new rise for the fourth act, a journey of knowledge of a new territory - we're conducted by a droning feedback, a noisy keyboard and an oscillator, that brings a falling bridge till another fall, the 4th act. It brings to us the violence of the stretched Mister Sleepy's looped bass cavalry and the looped announcement of the ringing keyboard played by Owl Dreams. A stretched noisy guitar (played by Mister Sleepy) emerges as a desperate attempt of communication and as a fight against the black abyss. and then, after leaving (or not...) the abyss, we're entering in a mysterious zone that somehow communicates our own surviving in the 5th act.

Another ascension begins in the 13th minute, for us to be contricted in a religious reflection towards our own fragility, and we can feel the sun at our lost passage in the universe around the final tryptic, in the 6th act. somehow it appears as a miracle, or death or our own ressurrection... in the last 1 min 52 sec the music is self-devouring itself, and we're not leaving it behind, but returning to its own origins. Is this a new fall? We don't know.

Anyways, I wanted to make this piece as a transitional work in my own opus as a reflection on the nature of the transformations that we live in our own lives, since that we're, as a matter of fact, just a very very small part of a huge cosmos. The piece was constructed in a very autonomous way, and somehow it worked revelating its own construction. maybe expressing my own fears, dreams and anxiety for redemption. I'm aware that, maybe, in formal aspects, "Infinito Indom·vel Inonim·vel" is not a real new thing, but it demands a deeper analysis. It's just my beginnings at an immersion on the pythagorical and orphic possibilities of electroacoustic music. As the composer, i just hope that the listeners feel free to appreciate the transitional qualities not only in the piece, but also in themselves.

For this album, this is the first "dimension of unrecognizement", being the next two tracks ("Unrecognizable Fantasy" I and II) the other ones.

This was one of my first collaborative efforts with Tod Shelton. He sent me a bunch of left-overs for me to think about what to do. And these 'Unrecognizable Fantasies' are my efforts to make pieces that can speak for themselves as musical pieces. At first, it was meant to be part of an album of ours, but it turns out to be an experience to be enjoyed in itself. I didn't realize that this was a continuing act of what the last self-devouring movement of "Infinito Indom·vel Inonim·vel" for a long time.

Its format is comprised of more three movements, but as a short passage of an abstract transition from hallucination to awakening. Outside this apparent chaos, I wanted to make a textural painting within sounds, combining layers with another ones.

A spectralist composition, the fifth electroacoustic study and another collaboration with Tod Shelton on sound sources.

"Unrecognizable Fantasy II" deals about natural and cosmic disasters and the sacrificial nature of the arrival into surface. It has three movements, the first about the disasters represented by the white noises and the liquified sounds that are melted. I attempted to recreate the sounds of seas splashing as well as the alarming effects of the pollution in dense atmospheres. The second movement is the emergence towards a nuclear catastrophe; beauty strives to survive here against dense frequencies. The third movement is the arrival into an isolated territory and the escaping in a spiritual flight (the ascending frequency sweep), but parallel from what is experienced (by the washes of white noise) surround.

This composition here is destined mostly for abstraction. All the sounds used here are of very symbolic nature. What particullarly surprises me here is how it was prophetic on what happened recently in Japan - I made it in 2010. I didn't have a clue on how nuclear energy was functioning in the world, and all I knew is that someday it may cause a disaster of huge proportions. No, "Unrecognizable Fantasy II" is not fun or pure experimentation. It's a very somber alarm and a call for help.

This one is a pure experiment on Ableton Live. It was pure automatic writing on the MIDI, but organized in two movements that revolves around an atonal piano riff in its variations. Its rhythmic aspect is an abstract of samba, for my surprise. A starry samba. It has reminded me what a friend of mine, Irney Brito, has told me of an idea of a "cosmic samba". I made it in a more different, agitated dancing fashion than he thought about, in a more meditative way. I have to credit Irney's idea because he has given me the clue for me to create my own "cosmic samba", somehow.

"Kosmic Samba" is something that stands apart even in my own opus. It's the beginning of the other side of this album, a more lightier one, instead of murk, noise and distortion.

on "Falling of the Starry Nights (Study in Contrasts and Setbacks) (8th electroacoustic study) (9:17):

Another electroacoustic composition that I made with a mel·nge of sounds that were originally created by Igor Jovanovic (Lezet). Having in focus his (prepared) acoustic or electric piano (among with MIDI generated sounds that I've made), I've prepared a series of electronically altered sounds mixed with tones (looped, pitch bended or extended), and all linked as a flow of glissandos and fast notes living with drones in dense contrasts.

It was originally intended as part of Lezet's "Meld" series (and it was, indeed, included in the 6th volume), a collection of his collaborations with artists around the world. I'm glad to be part of such great collective.

This piece is pure simplicity in an electroacoustic form. It's a simple computer microphone being moved against two small speakers. I recorded using Ableton Live 7.0 - it's important to mention that because the "record" button of this software provided me a special capturing in the ambience of such sound. I wanted to capture a melodic control of the feedbacks, something that's not much emphasized in the feedback manipulation. It's a similar process to theremin, but in a far more uncontrollable and dissonant challenge.

Like Wilhelm Mathies (on his comment at Soundcloud), it's a piece about interactivity with a sound source. It's a piece that deals with pure contact with the universe of sound. I don't like that 'alien' being meant as "alienation", but it's plain to see the strangeness in such contact. And it's not alienation at all. It's an irony to see that, because these sounds are part of nature. The air has its part in this composition.

This piece has begun as "Feedbacks June 4th 2011", and now it's entitled as "Alien Tune (for a Star Sign)", with more explorations on echoing textures.

An electroacoustic composition I made out of "Cloud Swirl" by Owl Dreams. It was conceived in memory to the victims of Fukushima's nuclear accident. In my opinion, the most humanist and spiritual moment I've ever captured in my electroacoustic studies. I feel this track as a real summa to the topics of this album. It has an ascension movement, from murk to the air, reaching the cosmos. It may also sound as a plea of help.


This audio is part of the collection: Itsu Jitsu Netlabel
It also belongs to collection: Netlabels 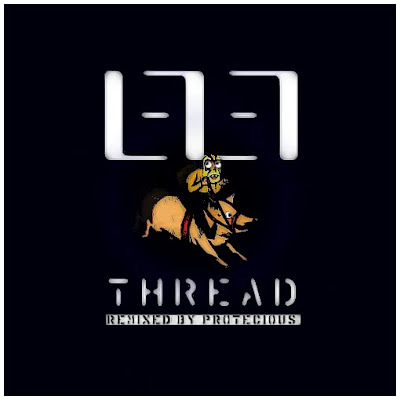 This "best of" collection of Lezet's material arranged by Ken of Protecious totally outgrew the whole concept behind your average "best of " release.He invested his time and his God-given sonic faculties to fuse the exquisite "Protecious-ness" with the already existing "Lezetnessâ of the original material , thus making the revisited material sound more a unified whole and a unique creation (with a near-conceptual feel to it) than a random choice of tunes.The 2011 issue of âThreadâ is also a testament to how my dear friends made me and my project what they are today.I thank Ken and my friends and the whole net-label/global underground scene for being there for me.

This "best of" collection of Lezet's material arranged by Ken of Protecious totally outgrew the whole concept behind your average "best of " release.He invested his time and his God-given sonic faculties to fuse the exquisite "Protecious-ness" with the already existing "Lezetnessâ of the original material , thus making the revisited material sound more a unified whole and a unique creation (with a near-conceptual feel to it) than a random choice of tunes.The 2011 issue of âThreadâ is also a testament to how my dear friends made me and my project what they are today.I thank Ken and my friends and the whole net-label/global underground scene for being there for me.