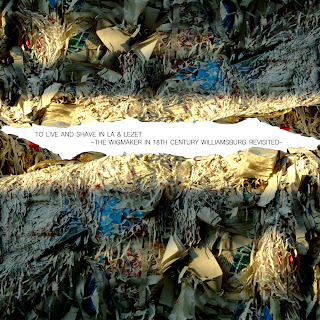 To Live And Shave In LA & Lezet
"The Wigmaker In 18th Century Williamsburg Revisited"
format:cd-r
label:Ambolthue Records(Norway, www.ambolthue.com)
This is the re-interpretation of the timeless TO LIVE IN SHAVE IN LA classic "The Wigmaker in 18th Century Williamsburg Revisited".I'm so glad I could pay homage to one of the greatest experimental music outfits of today.I'd also like to thank Tom for allowing this album to happen in the first place.


The authors' revenues from cd-r sales of this album go to the local orphanage in Uzice,Serbia("Dom za nezbrinutu decu "Petar Radovanović" Užice")

A Short History: Smith met Frank "Rat Bastard" Falestra in 1991 at South Beach's Sync Studios. A co-owner of the dank, rambling facility, Bastard quickly joined Smith in the nascent collective. Two years of continuous recording and local performances (under the Peach of Immortality moniker) followed. By the autumn of 1993, Smith and Bastard had amassed a larder of eighty songs...


During a Miami Beach rooftop party in the summer of 1993, Smith met electronics whiz, undisputed global oscillator overlord, and soirée host Ben Wolcott. As Miles Davis' Dark Magus album was the only music allowed on the stereo throughout the event, an invitation for Wolcott to join TLASILA was reflexively extended. Ben was convinced to join the burgeoning collective soon after. History shall not forgive them...

Meanwhile... Following a lengthy post-production regimen, To Live and Shave in L.A.'s debut album, 30-minuten männercreme, was released on the Love Is Sharing Pharmaceuticals label.

After the release of 30-mm, the Bastard/Wolcott/Smith engine went into overdrive. Between 1994 and 1996, they recorded the primary elements of the following releases:

(The Wigmaker in Eighteenth-Century Williamsburg, begun in 1995, completed in 2000, released through Menlo Park Recordings in 2002. Cover design by Syd Garon.)
---
Their philosophy? PRE. (But they're open-minded about their essential close-mindedness.)
In late 1996, Ben Wolcott spun off from TLASILA to join the remarkable mega-freak ensemble Frosty. A revolving cast of avant-malcontents soon entered the Shavian fray... European tours in 1997 and 1998 featured Nandor Nevai, Billy Taylor, Greg Chapman, Julien Becourt, and for one exceptionally bizarre gig in Paris, Bill Orcutt...
The 1999-2000 edition of To Live and Shave in L.A. comprised Bastard, Smith, Nevai, Weasel Walter (of the Flying Luttenbachers and myriad aggregations), and Misty Martinez. By the summer of 2000, To Live and Shave in L.A. 2 had arrived, and soon after, a full-fledged clone explosion. Smith decamped for Europe to begin OHNE with Dave Phillips... By December 2003, Bastard and Smith decided to haul the Lamborghini out of deep salt storage and get back on the demolition derby circuit. Ben quickly re-upped, and Mark, Don, Andrew, Chris, and Graham soon followed.

Other recordings of note:

Spatters of a Royal Sperm (1991; the late, lamented Doris Wishman, a friend of the South Florida TLASILA extended family, directed the video for this unreleased - but widely bootlegged - four-track EP; a legit release looms); My "Limp" Went Husserl on Me (1991-2, pre-mannercreme Miami recordings, planned for a 1992 release but jettisoned in favor of the material that would later form 30-mm... eight songs from the Husserl sessions made the jump to minuten); Tony Conrad, Fat-Ass (created 1998-2000, currently in hyperstasis).

As alluded above, the majority of their recordings have emerged only after protracted grand mal post-production seizures. The Wigmaker was assembled over a five-year period; Horoscopo required four. Conversely, An Interview with the Mitchell Brothers, the product of a dare, was written, recorded, mixed, and mastered in a day. Each has their detractors...

The original "Wigmaker..." album is available at MENLO PARK RECORDINGS: 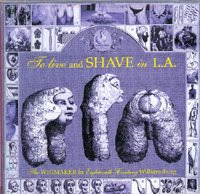 since spring 2015 this album is also available through TLASILA bandcamp page:
https://toliveandshaveinla.bandcamp.com/album/the-wigmaker-in-eighteenth-century-williamsburg-revisited

Email ThisBlogThis!Share to TwitterShare to FacebookShare to Pinterest
Labels: albums, cd-rs, collaborations, Lezet, To Live and Shave In LA 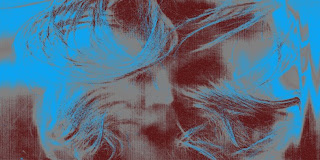 Info:
Torstein Wjiik has made a remix of the 3 first Ten Second compilations on Kif Recording, and here it is!
Co-released with Kif Recording.
Released: 15.Dec.2008. 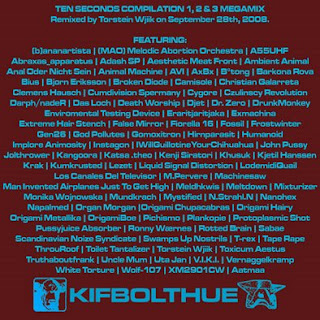 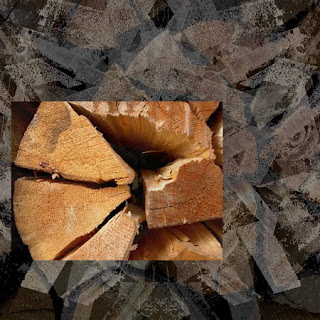 TIME THEORY label put out a brilliant 3-hour compilation featuring some of the finest experimental composers around the globe.The list of participants: 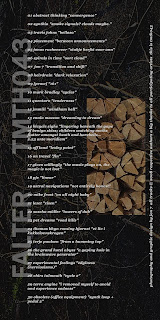 http://www.archive.org/details/tmth043
or by visiting the label's page: 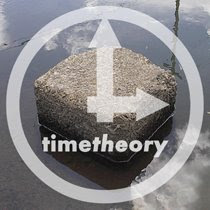 about TIME THEORY label:
Timetheory Netlabel was established in January 2008 as a way for label founder Jon 7 to continue the work begun with the Jon7.net Microlabel, established in 2006.

Stylistically Timetheory releases span several genres including ambient, dark ambient, post-rock, glitch, techno, house, musique concrete, noise, power electronics and the generally unclassifiable. The emphasis is on music that 'feels' right, and there's a heavy touch of scientific futurism in the overall aesthetic. To date it is believed that Timetheory is the only netlabel in existence with a hexadecimal catalogue number system that stretches into both positive and negative integers.

We're a friendly lot, some of us are about bonkers, but in general we welcome collaborations and remix 'battles'. Other netlabels who would be interested in interlabel projects should get in contact, and we do accept demos from those who feel their style is compatible.

Give our releases a listen, there's a lot to digest, for sure, but there's no doubt you'll find something you like.

TIME THEORY's myspace page:
http://www.myspace.com/timetheorynetlabel
Posted by LEZET at 6:02 AM No comments: