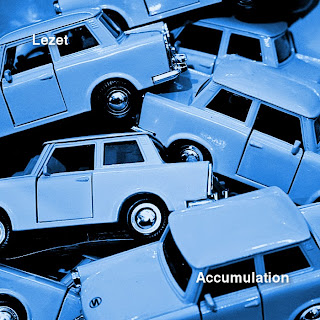 The latest from Lezet. An experimental music project from Serbia. Pozega,Serbia
The tracks on this EP are in themselves a form of musical accumulation- they are linear and gather different sound elements of disparate sonic quality as they progress, somehow lending themselves to a unified body of music.

I want to thank my students (#04),my neighbours (#08), a street gusle player (#07) and the rain that almost flooded my entire country (#06) for providing the accompanying sounds for this album.And a big thank-you to my dear friend Ken for making a brilliant remix (#03)
2010-2013, Pozega, Serbia


as of August 2019 the album is also available through bandcamp:
https://buddhistonfire.bandcamp.com/album/accumulation


"When you start the next project you have to forget everything you did before, otherwise Dark Knight will start to sound like Kung Fu Panda.
- Hans Zimmer "