V.A.-"Mighty Giant Pinky: Tribute to Satanicpornocultshop" out on Avanthardcollective (UK)!!!!!! 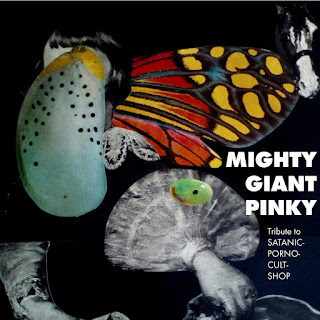 A collection of music in memory of Ugh Yoing, the collage-composition and electronic music genius behind Satanicpornocultshop.

In memory of our old good friend, Ugh Yoing a.k.a. Takuya Karusawa (Satanicpornocultshop), “The Mighty Giant Pinky” begins with a motif from one of his recent work “Gundensan e.p (2017)” which is coproduced with us, ORRORINZ. We played instruments along some favorite phrases from his works in mid to late 2000s including sample of voices of Ugh’s daughters. A motif from “Gundensan e.p” appears again in the end of the track with expectations on rest of Satanicpornocultshop members, the beautiful guys. Good news, they are keeping on playing and producing music as Satanicpornocultshop after Ugh’s wishes.
Another track “BIIB” is based on an idea of Comzo, the bassist of ORRORINZ. Comzo featured unforgettable riffs for him from a very early day’s almost unknown CD-R which was given by Ugh in late 90s.
Ugh used to say to me “Life is short, so you’ve gotta rush” . But his life was taken suddenly by cancer at age of 50, his life was too short. He didn’t drink nor smoke, so nobody could imagine that. We are still in feeling of huge loss, sadness and emptiness. But we will keep on going.
Ugh, you used to work so hard. Just take a rest in peace.
Taiki “Fiftystorm” Igarashi (ORRORINZ a.k.a orionza)

Back in the golden days of the internet, when people used to do things like share information, exciting things used to happen. One of these exciting things was an international, loosely woven scene of musical adventurers. Across the high seas of cyberspace they would wantonly flout copyright law and the limits of genre, making indefinable music with computers that didn't fit into any comfortable bracket and operated in a place that had nothing to do with the music industry. Fun times.
During these heady days I happily rode along on this wave of invention. Going on the internet was exciting because, who knows, you might have gone online and found a piece of music that was not directly comparable to anything you had listened to before.
This, with bells on, went to everything Satanicpornocultshop put out. The level of invention, and the radical use of and interaction with technology to create musical shapes in their work repeatedly exploded my young, impressionable little mind.
Anytime a new Satapo release came out, it made me think "I must try harder".
This release is an attempt to say the old adage "Thanks for the music" and to demonstrate the profound effect Ugh Yoing's work had on a generation of composers in the naughty underbelly of electronic music.
I am, as ever, your humble servant,
Ergo Phizmiz-Mittelhammer


as of February 2020 this tribute is also available as a limited-edition cassette on STRATEGIC TAPE RESERVE(gERMANY)
https://strategictapereserve.bandcamp.com/album/mighty-giant-pinky-tribute-to-satanicpornocultshop 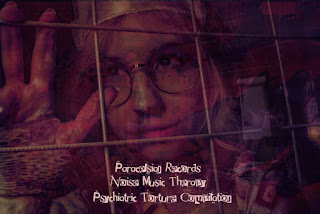 
Steven: "This is the third installment in the Only Noise Compilation series , the subtheme this time is Mental Health , a subject that is very fond with some people , personally I haven't dealt that much with this , this is quite a fascinating subject however , probably one of the health problems that are the most difficult to understand." 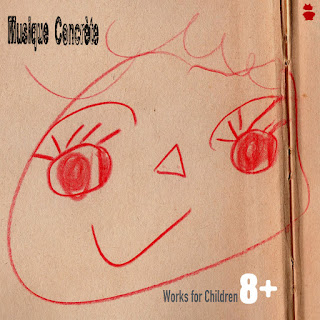 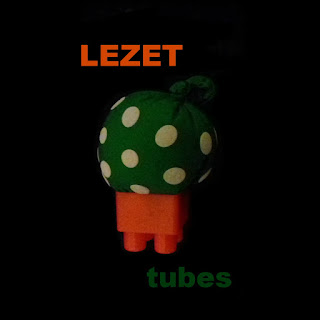 Lezet:
"Back in the 80's my sisters and I used to spend countless hours playing with a xylophone toy that had removable resonator pipes and had loads of fun rarranging the pipes, throwing them on the floor and hitting them with things. Rummaging through crates and boxes in the attic recently to find things my daughter Martha would find interesting enough to play with I found the xylophone and the two of us started reliving my childhood memories"

V.A.-"Cyberpunk 2 : Sex With Replicants Various Artists Compilation" is out on Paracelsian Productions (Canada)!!!! 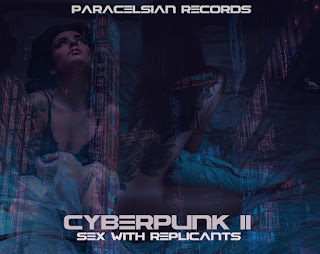 
"Here's the sequel to the first Cyberpunk Compilation released 6 months ago ! All compiled into one album this time , there is 19 songs of various musical genres , from musicians from different parts of the world ! " 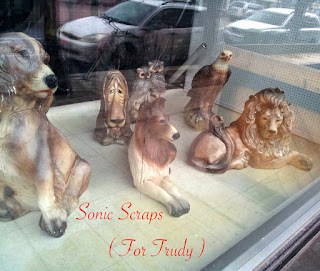 
This Album was created & imitated by {AN} EeL - Asking the contributors for audio material ( Scraps & Snippets ) be sent to be manipulated into larger pieces, here we find the results.
I Would like to thank the contributing artists for trusting me with their beautiful sounds, and hope that there is some pleasant listening for them and for you all
This volume is titled in honor of Trudy, Ian Sheldon's beloved childhood pet & alleged recipient of many sneaked table scraps

Thanks again everyone
credits
released February 6, 2019 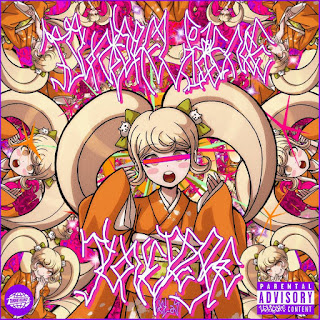 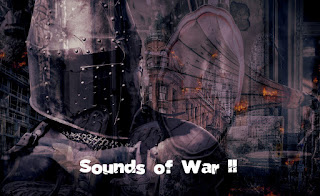 "Second Compilation of 2019 , back with the concept Sounds of War ! This time a single album of 22 songs ! This time I've put attention to detail with the experimental audio processing I've been doing to not affect negatively the songs. 22 songs from people all over the world , including 4 songs from all of my own projects.
This is a Free Download Compilation , single track free downloads now available since my limit has been increased due to having reached a certain number of sales , which I am really grateful for your support !
Hope you enjoy this war themed compilation !"(Steven, Paracelsian Productions,2019)

released February 1, 2019
All Music by their respective artists. 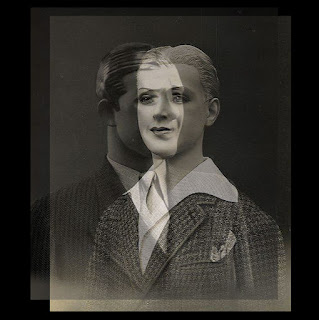 The collaborators have, for the most part, not worked directly with each other before & were chosen & paired by {AN} EeL