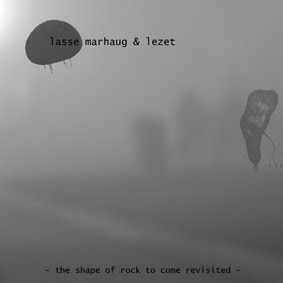 Armed with enthusiasm and patience MrMarhaug relentlessly performed and recorded honing his skills and becoming a unique voice in contemporary music.He keeps an open mind to its heights and celebrates its genuine side.According to him, speaking in noise is not speaking in tongues, but "a celebration".
Having heard the stunning "The Shape of Rock to Come" album for the first time I was dazzled by the energy both raw and subtle, by the physicality of the release and by its meticulously crafted compositions.It was my first encounter with Lasse's music and I took to it straight away.By making a reinterpretation of the album I did not seek to alter anything as there wasn't a single portion of any track that needed altering.Instead, its sole purpose was to celebrate one of the iconic figures in recent music history and to preserve Lasse's abstract narrative as closely as possible (while adding a tint of Lezet-ness into the mixes as well).I thank Lasse for allowing this release to happen.


the "The Shape of Rock to Come" album was released through the amazing "SmalltownSupersound" label (www.smalltownsupersound.com) in 2003. 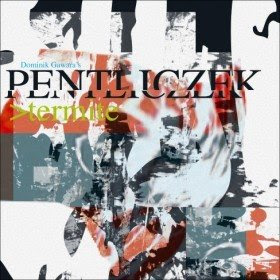 this album was recorded
in collaboration with:
LEZET
YAMORI KOTA
LILI REFRAIN and
ST.RIDE


Pentliczek it's a solo project founded in 1997.
He's a Polish artist tranferred in Italy from the age of six years. He founded in 1991 with David Saggiorato the Kor-at, group of industrial music experiences in which he plays the percussions. The band does some concerts and does soundtrack of the remake of the film of David Linch “Eraserhead”, realized by a Turin independent film maker. Unfortunately recordings of that period do not exist. In 1992 he left Kor-at and he recorded the first solo job with the Glockenspiel name, published like demotape. In 1993 he founded BIANCA BELMONT with Alberto Pasino. The band, been born like duo, increases to five elements in 1995, with Renzo Razzano on second bass, Marcello Turco on trumpet and Max to the saxophone. They recorded two demotapes, respectively in 1993 and 1995, both remastereded in the end of 1995,and edited dy Setola di Maiale. Between 1997 and 1998 he recorded and published the first “homely deliriums” with the name of PENTLICZEK, using ethnic percussions, instruments, guitars and tapes. he participated with this project in some compilations of the sicilian label Snowdonia: “Orchestre Meccaniche Italiane” (1997), “Sbim Sbam” (1998), “International Gluttons” (1999). In 1998 he begans to collaborate stablily with Stefano Giust and his SETOLA DI MAIALE label, he defines Stefano: the “better companion to sonic deviating lines” and with him I found the project “anti- jazz”GBUR. To the recordings of the first job of Gbur, beside the two members of Bianca Belmont (Renzo and Marcello), joins Paul Caleo, eporediese musician and architect. In 1999 the original line up always changes and in place of Renzo and Marcello there was three new elements: Ivan Pilat to sax and baritone and Daniel “el desviado reverendo surrealista” Pagliero, also knows like LO DEV ALM to the electronics and Maurizio Suppo aka Dimensionidol.Caleo Paul who originally played the guitar now handle one instrument self builded, named “Caleophone”. With this line up they plays in Venice in 1999 on occasion of the 48th BIENNALE and the next year to the Leoncavallo in Milan for the OFFEST meeting of Italian independent labels. In a night of December of 2000 it records with Stefano Giust and Daniele Pagliero a series of unexpected traces that will come later on published with the name of BABELIS PROJECT, always on Setoladimaiale and in coproduction with the Mexican label Genital Production. In the July of 2006, at a distance of eight years made a new record under the name of Pentliczek, published for Setoladimaiale." 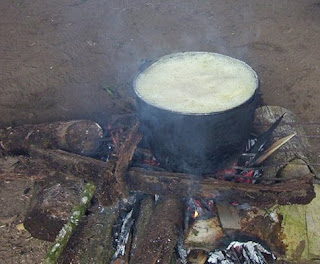 Info:
Two remix-tracks made by Animal Machine on the legendary "Ten Seconds Compilation II"(incl.Lezet's material) that was released on Kifrecording. You can download these two remixes for free by Kifbolthue Remix Series!
Co-released with Kif Recording.
Released: 25.Jul.2009. 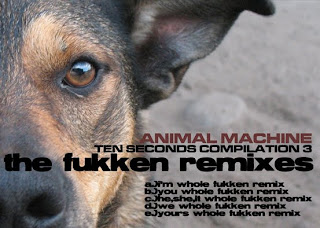 Info:
Animal Machine has done it again. Five remixes of the classic Ten Seconds Compilation III (including Lezet's material) that was released on Kifrecording. You can download these remixes for free by Kifbolthue Remix Series!
Co-released with Kif Recording.
Released: 25.Jul.2009.